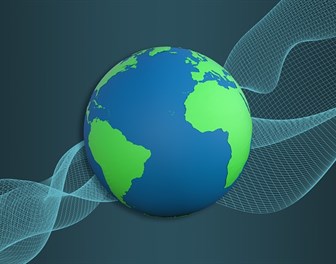 8:30am to 12pm - You will be met at your hotel by your personal guide and driver and begin your tour of this charming capital with a visit to the Royal Palace built in 1866 by King Norodom. See the different structures of this pagoda-style compound and stroll in its beautiful garden. Visit the Silver Pagoda so named because of its floor that is comprised of 5,000 silver tiles. Next, you’ll continue to the city's namesake, Wat Phnom.

12 to 1pm - Lunch at the Romdeng Restaurant. This is a high quality restaurant which is safe for tourists. The menu is elaborate and will delight every palate. Food is included in this trip.

After lunch the group with split into two separate tours. This is because one of the tours will explore the human devastation and misery wrought by the Khmer Rouge and the Pol Pot regime in the late 1970s. This trip might be upsetting for some people, while others will be fascinated by the historical relevance.

1 to 4pm - Group: A: After lunch, we will drive to the Killing Fields of Choeung Ek (16 km south of Phnom Penh). Between 1975 and 1978 about 17,000 men, women, children and infants (including nine westerners) were detained and tortured at the S-21 prison and then were transported to the extermination camp of Choeung Ek. They were often bludgeoned to death to avoid wasting precious bullets. Fragments of human bone and bits of cloth are scattered around the disinterred pits. Over 8,000 skulls, arranged by sex and age, are visible behind the clear glass panels of the Memorial Stupa, which was erected in 1988. We will then return to Phnom Penh where we will visit the notorious Tuol Sleng Museum. In 1975 Tuol Svay Prey High School was taken over by Pol Pot's security forces and turned into a prison known as Security Prison 21 (S-21). It soon became the largest such center of detention and torture in the country. More than 17,000 people held at S-21 were taken to the extermination camp at Choeung Ek to be executed; detainees who died during torture were buried in mass graves in the prison ground. Room after room the museum displays photographs of men, women and children covering the walls from floor to ceiling; virtually all the people pictured were later killed. Finally, for a much more uplifting vista, we will visit the Russian Market (Psah Tuol Thom Pong), a lively outdoor market where you will find antiquities, silver and gold jewellery, gems, silk, kramas, stone and wood carvings, as well as T-Shirts, CDs and other souvenirs.

4pm - The bus will return you back to your hotel.

1 to 4pm - Group: B: After lunch, we will visit the National Museum. Built in 1917 this is an exceptional example of traditional architecture and is exclusively devoted to preserving and displaying Khmer art and sculptures. Hundreds of pieces are housed here including both pre-and post-Angkorian pieces. Next, we will visit the Independence Monument. This is an Angkorian style tower located in the heart of the capital. It was built in 1958 to Sybilles Cambodian Independence Day after winning back their independence from the French protectorate on the 9th of November 1953. Finish the day with visit the Central Market the dark-yellow Art Deco Phsa Thmei (New Market) is also referred to as the Central Market, a reference to its location and size. It was constructed in 1935-37. The Art deco building is shaped in the form of a cross with a nice central dome. And has four wings filled with shops selling gold and silver jewellery, antique coins and other such items. Return back to your hotel.

4pm - The bus will return you back to your hotel.